Rated second overall out of 40 participants in the challenge, Sophia was also appointed captain and will lead the 10-strong team as they head to Romania in October for the European challenge.

Sophia is currently on a 12-month internship with NCC Group before returning to Bournemouth University later this year to complete her final year of study. 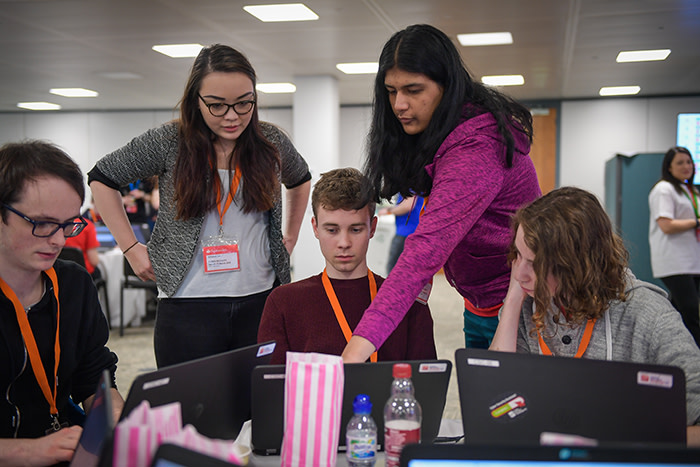 Sophia pictured second from the left at the challenge last week. Photo courtesy of Mike Sewell

“I’m very excited to be selected to be a part of Team UK this year. This is the third year in a row I have been selected to represent the UK. To be nominated as team captain is a massive achievement – and I’ll be sure to try and lead the team to victory. Taking part in the Cyber Security Challenge UK has been a fantastic experience, and I have learned so much. I’m looking forward to the European challenge in October, and hopefully Team UK can bring back the gold!”

Izzy Whistlecroft (pictured below), another junior security consultant at NCC Group who recently completed our Graduate training programme, also took part. While her team won, she wasn’t selected due to the stiff competition on similar skills. Izzy joined NCC Group as a result of participating in the event last year. 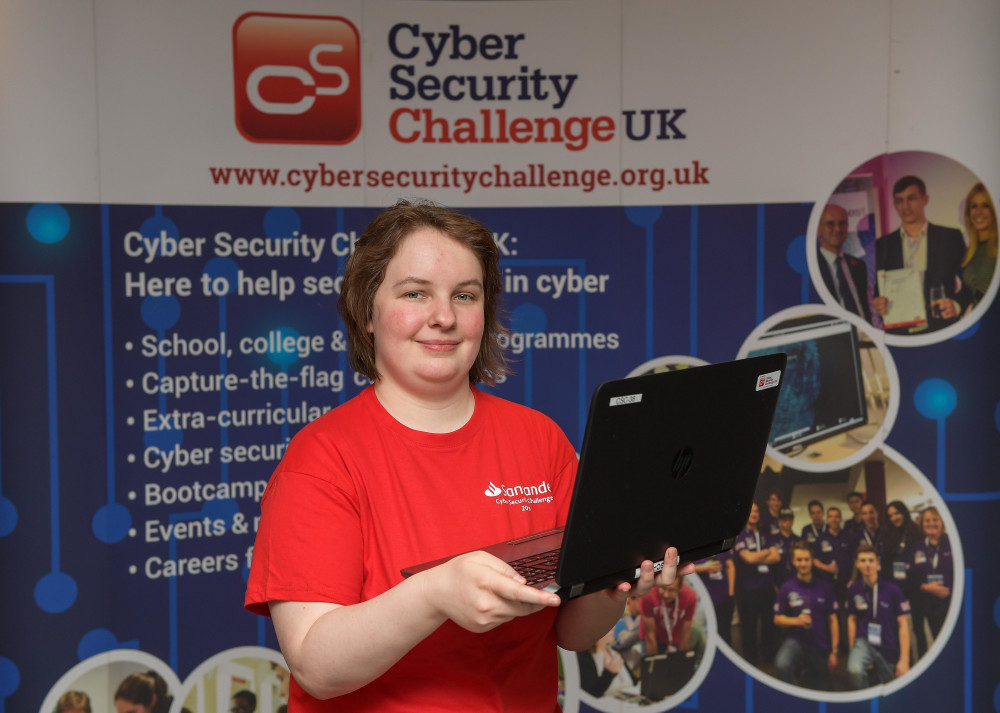 Recognising her skills and potential Izzy was approached by our talent scouts and has now been with us for six months: “Taking part in Cyber Security Challenge UK has led me to a new career in cyber and I’m loving it. The skills I’d shown during the competition were recognised as an alternative to a practical test during the NCC Group interview process so I would highly encourage people interested in a career in cyber security to take part.”

Colin Gillingham, NCC Group’s director of professional services adds: “We encourage our eligible security consultants to take part in competitions like this – it’s a great way for them to develop and show off the skills they’ve gained here at NCC Group. And as Izzy points out – our talent scouts are regularly at these events looking for people like Izzy to come and join us. We are immensely proud of both Izzy and Sophia for what they’ve achieved so far and we’ll be cheering on Team UK in October.”

The UK's 2020 CyberFirst Girls competition is approaching and registration opens on 2 December 2019. Over the years the competition has been running there has been a steady increase in the number of schools and the number of teams that each school has registered. This year there is an additional round and some of the challenges have been created by industry, including colleagues from NCC Group.

NCC Group has announced that it will be partnering with the Centre for Doctoral Training in Cyber Security for the Everyday at the Royal Holloway University of London, providing advice and guidance to researchers undertaking a PhD programme in cyber security.